P3 at a glance 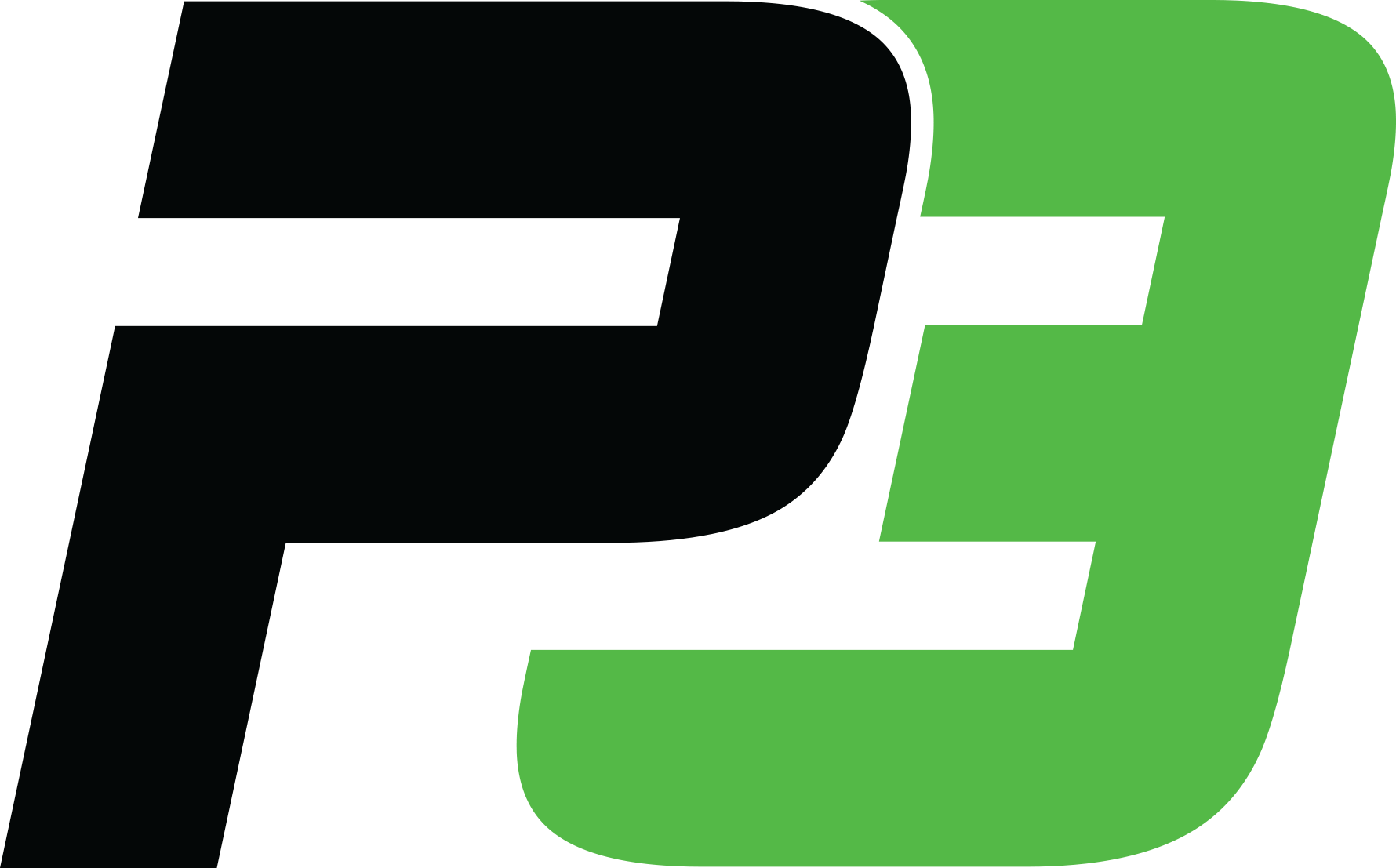 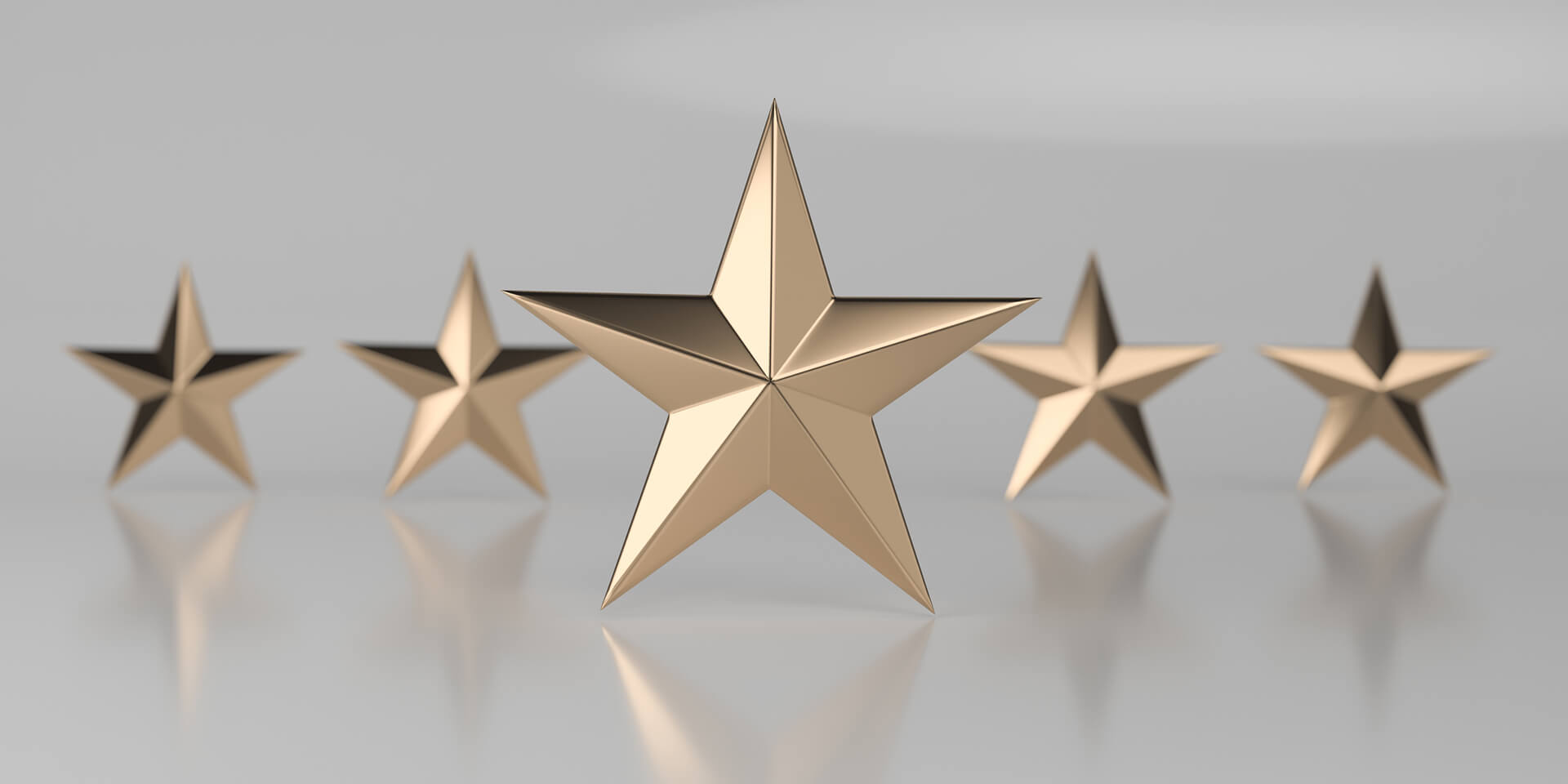 To be an extension of our clients’ brands, by producing extraordinary products and technology solutions that enhance their message, while providing unsurpassed levels of service. 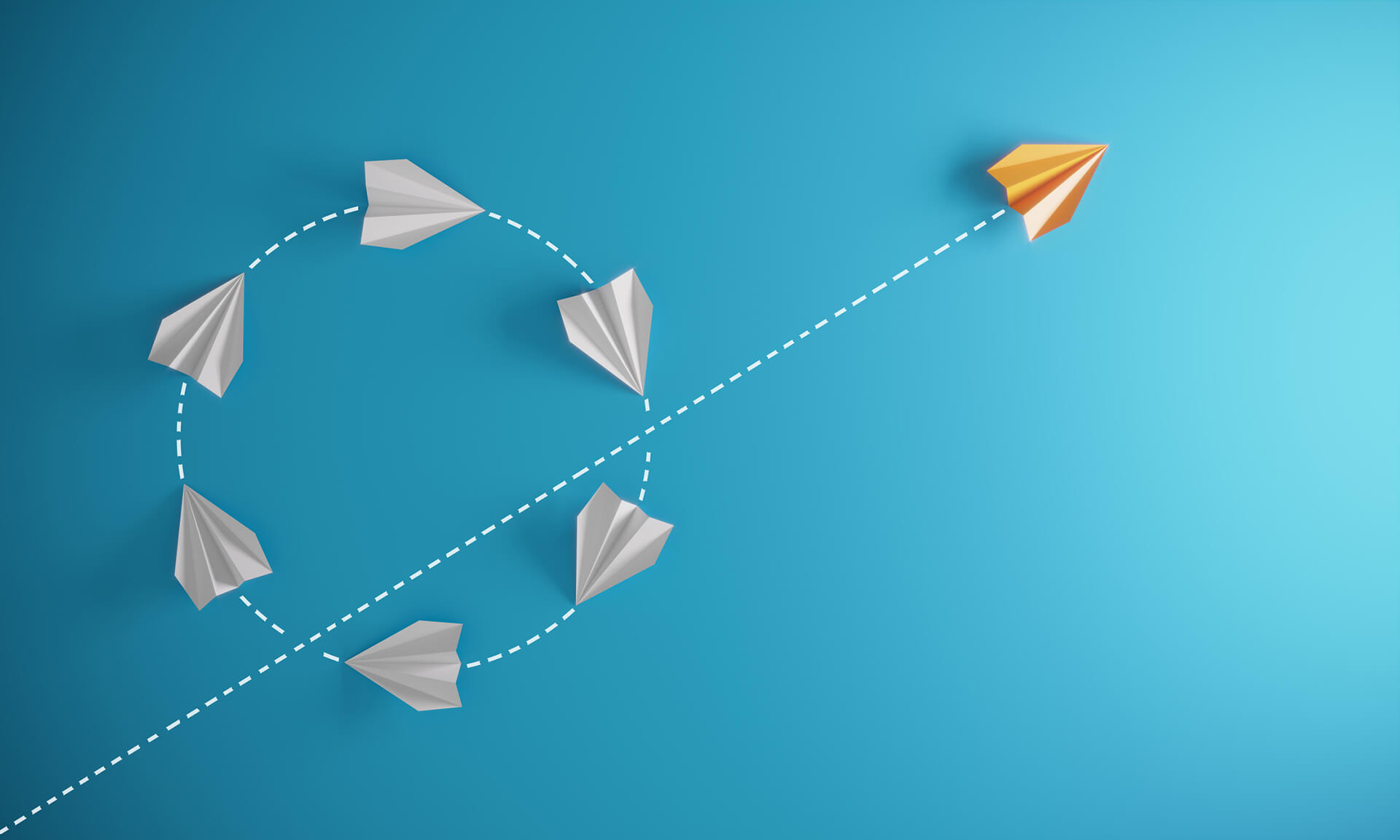 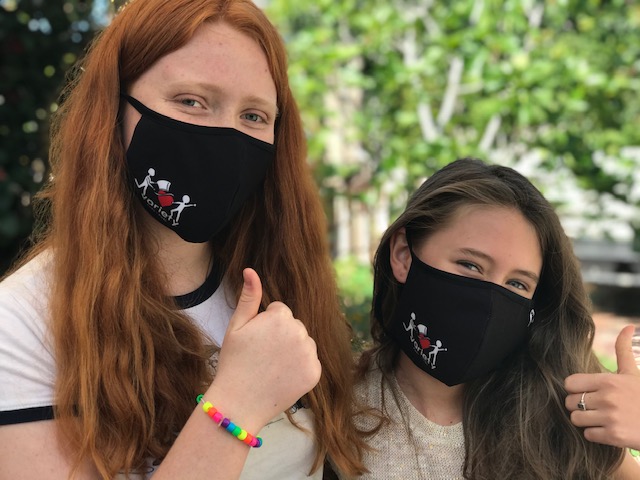 P3 understands the critical importance of social responsibility and gladly does its part to make a difference in communities across the nation, starting with our own.  To learn more about our P3 Cares program,

P3 is building a team of dynamic sales professionals interested in providing world-class value and service to its clients. Interested In Joining Our Team? 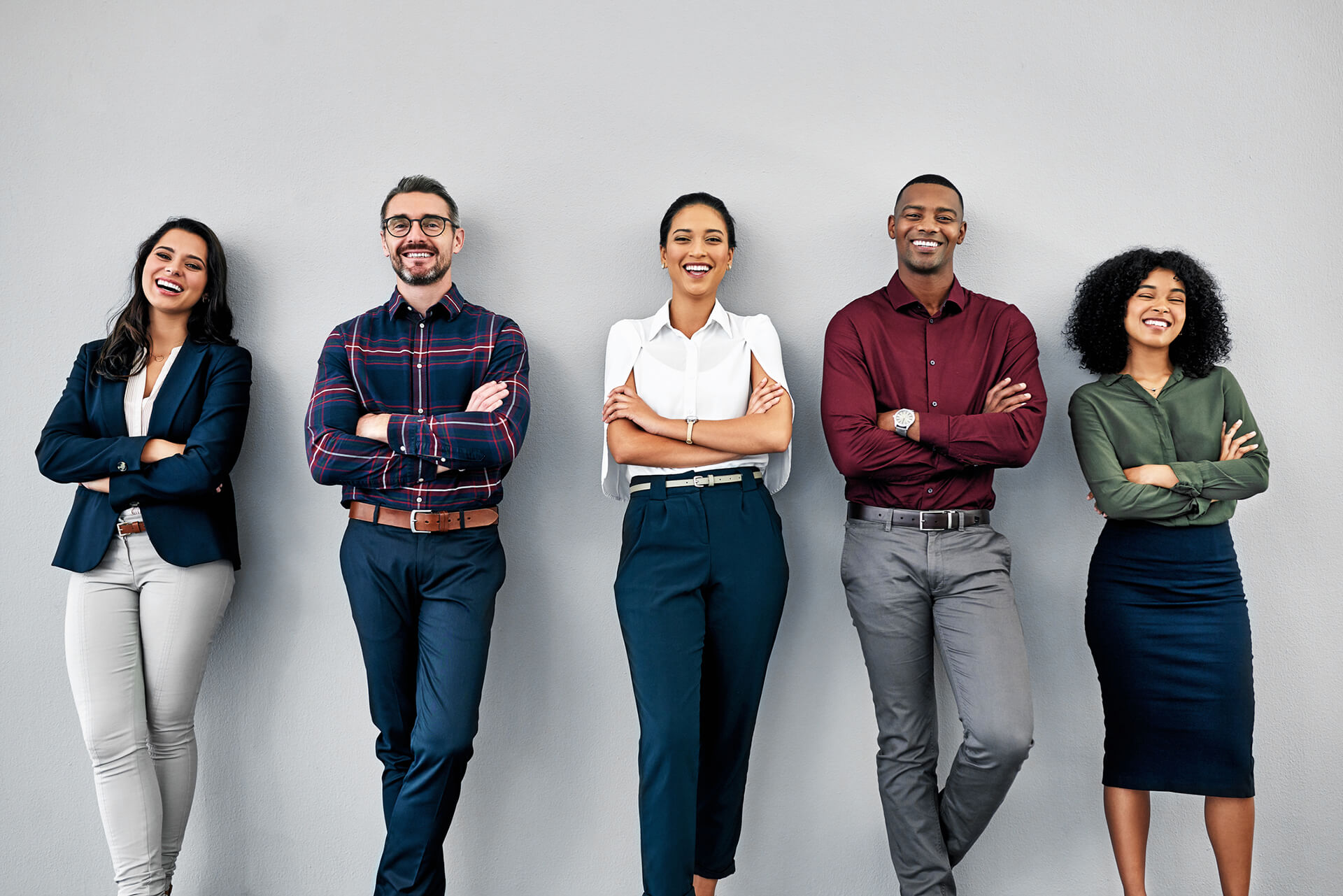 Mr. Lewis is one of the most accomplished branding, manufacturing and logistics experts in the United States. For more than 35 years, he has owned businesses across multiple industries including apparel manufacturing, brand marketing, physical and digital display, warehousing-fulfillment and distribution.  He employs full-time teams in the United States and Asia, and has built an infrastructure that yields extraordinary results for clients like NBC Universal, ABC Disney, Sony Pictures, Nintendo, Rockstar Games and others.

Following a full recovery from a quintuple-bypass in 2019, Mr. Lewis’ compassion for the safety of healthcare professionals and America at-large during the COVID-19 pandemic inspired a pivot to the manufacturing reusable masks, medical gowns, head covers and shoe covers. all made in P3’s Valencia, CA factory.  This was a critical step for P3 as a business, and Mr. Lewis personally.

A true visionary and an entrepreneur from an early age,  Mr. Alvarez launched his first business, Vision Entertainment, in 1986 after a promising career in professional baseball was cut short due to an injury.  Vision Entertainment, was a fulfillment and logistics company that became the industry’s leading global physical and digital asset management firm under his leadership.

As one of the most respected executives in the industry, Michael has been an extraordinary visionary and entrepreneur since his first business, Vision Entertainment began in 1986 after a promising career in professional baseball was cut short due to an injury.  Under his leadership, Vision Entertainment, an award-winning fulfillment and logistics company became the industry’s leading global physical and digital asset management firm under his leadership including producing groundbreaking projects for clients such as Sony, Warner Bros., MGM, Amazon, Disney, NBCUniversal, Academy of Motion Picture Arts & Sciences, IMAX, Lionsgate, Paramount, Netflix, CBS and more.

In March of 2020 a global pandemic ensued, pushing companies to the brink, and dragging the economy into a recession. Alvarez vision pivoted to expansion, most notably,  his company merged with promotional products powerhouse, P3 Inc., to further expanding their service offerings to include design/manufacturing of promotional merchandise, manufacturing/distribution of PPE (such as masks, gowns and more) made in the USA and a host of other services.   Michael’s entrepreneurial spirit, “Never Give Up” attitude and his love for the human spirit drive his business and philanthropic efforts.

Mrs. Lewis a minority and women-owned business entity has been a creative leader for more than 30 years.  She has experience in the branded merchandise arena, including sourcing and product development.  She has developed some of the most impactful campaigns for clients like NBC Universal, Sony Pictures, Stretto and other industry leaders.  Additionally, Mrs. Lewis has led her teams in sourcing and production, yielding award-winning solutions.

Mrs. Lewis prides herself on being a service provider to improve areas that can yield better results and save valuable marketing dollars. She has a proven track record of cultivating high-performance and customer-focused environments. She achieves this by “hiring great people to do great things” and always putting the customer first.  Mrs. Lewis has an unwavering passion she carries in her heart for her family and her career.  The key to her success is the ability to have an authentic interpersonal relationships by cultivating heart-to-heart connections with anyone who crosses her path.

Rick Alvarez Started his operation and distribution career in 1990 when he worked at Kraft general foods, heading the frozen food department.  After 5 years running that division, Rick decided to join his family business to be the controller.  Ricks passion for finance and logistics was found during his time at Loyola Maramount University

Rick is a proud father of two, and loves to spend time giving back to the community through coaching local sports.

Michael currently helps run multiple small businesses in different industries, including manufacturing, warehousing, delivery, and even fast-casual restaurant dining. Michael was born into an entrepreneurial mindset and is passionate about growing business and offering sound financial consulting and analysis to each business line.

As a part of the P3 team, Michael oversees all finance and accounting responsibilities. Michael provides key analytical metrics and procures P3’s processes to ensure the operation is functioning as efficient as possible. Michael works hands on with clients and vendors to help manage cash flow and ensure all billing and expenditures are approved and executed. Michael is also keenly focused on developing P3 as a brand and helping the management team build and maintain a prosperous and sustainable platform.

Kevin played a key role in the launch of Vision Events, a company that now makes up half focused on activations, pop/ups and tradeshows, both physical and digital.  He developed and brought to market a digital tradeshow platform that was born out of the need to pivot due to the Covid pandemic.  This fully immersive 3D platform allows exhibitors and attendees to connect in a virtual environment.  Attendees can visit a booth, speak directly to the exhibitor in a live chat setting and download materials to a digital briefcase. Kevin Gold and his wife of 30 years Sam have two children and two grandchildren and have lived in Woodland Hills, CA for over 20 years.

In his current role at P3, Kevin is responsible for the management of the and execution of sales and operational efforts of the company, including logistics and client services.

Bob He, SVP of Global Sourcing

An extraordinarily talented professional, based in the Shandong province of China, has lead P3 global sourcing efforts for more than 12 years.

A graduate of the esteemed Ocean University of China, Bob majored in International Economics and Trade, and work for years with China titans in petroleum and trade.  His years of experience gave him the relationships and skillsets necessary to build and manage P3’s diverse strategic supplier partnerships, that drive enterprise value with innovation, cost savings, and other competitive advantages to our clients.